Summer is here in earnest. We’ve had a little rain and the honeysuckle on the west side of my home smells sublime.

Early morning and the perfume is strongest in the cool air. In this variety it’s the yellow flowers seem to release the headiest scent, the white hardly not so much.

This plant has been documented since the middle of the 14th century and the word is in fact a misnomer – as listed in my copy of Brewer’s Dictionary of Phrase and Fable (1996:705). It was thought bees sucked honey from these flowers.  They can’t reach the nectar, of course, but hummingbirds do. We do have nectar-eating birds in Australia, but no hummingbirds.

Originating predominantly in China, about 40 species of honeysuckle grow in Europe and North America … not sure what mine is. I planted it not long after I moved in.

Did you know Woodbine is another name for Honeysuckle? When I was a child I knew that word as a cigarette brand. When I sang in choir that Robert Burns’ song “Ye Banks and Braes ” I imagined spirals of smoke around the roses.

Oft hae I been by bonnie Doon
To see the rose and woodbine twine.

I wonder where I smelt and saw honeysuckle for the first time? They say honeysuckle symbolises happiness.

A filbert-hedge with wild-briar overtwined,
And clumps of woodbine taking the soft wind
Upon their summer thrones.John Keats, I Stood Tiptoe Upon a Little Hill, Poems (1817).

Isn’t Keats’ image of honeysuckle flowers as thrones just right? He must have studied the flowers close up and from every angle, like a child.For the dreamy amongst us, Woodbine appears in wedding ceremonies to represent the love that clings without harming anyone. Among the French, giving honeysuckle to a partner represents generous love, and in China dreaming of honeysuckle means passion.

Honeysuckle Hero Susan Weeks was Inspector Foyle’s driver in the British TV series “Foyle’s War” … seems she was born when the honeysuckle was in full bloom.

Oops. I forgot to mention Honeysuckle Creek our famous Space tracking station. It’s 50 years since it sent out the first images of the Apollo landing to the world.

PS. This is my post for “Something Smelly” for Jenn Mishra’s Inspirational Photo Theme for Dec 16. #witsendtravel

All text (except quotes) and photos by Meg

Story Twigs the Imagination! by Meg Philp is Copyright © under Australian Law. 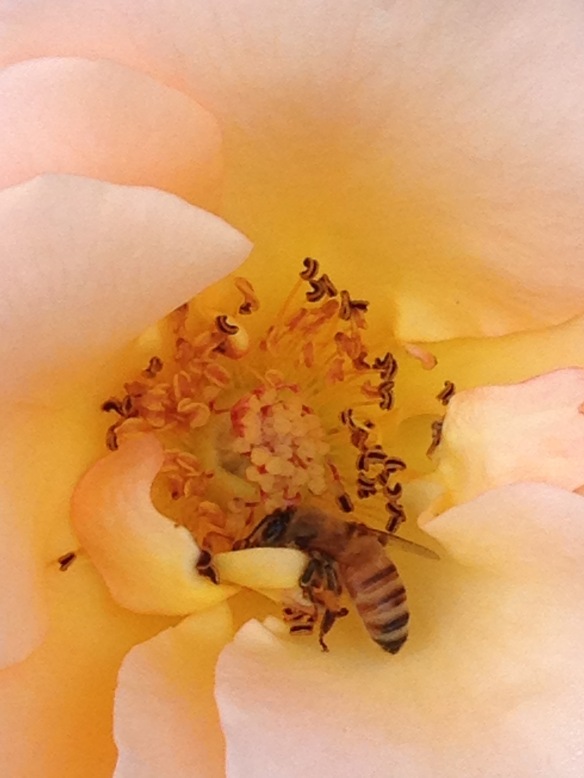 Read this many years ago. Presume it’s from the Sufi tradition of teaching stories.

Years ago, a young backpacker set off travelling to new places.

Arriving in an distant city, he learned that a famous sage was speaking that night in the great hall. The young man decided to go along. An audience of over a thousand people heard the sage talk and many were as inspired as he was. They gathered outside in the square to talk late into the night about what they had heard and to plan their future.

Over the next two days, the traveller asked everyone he met how he might meet the sage in person. Three days later, he was taken to the place where the man had lived all his life. He rang the bell tentatively.

Stepping in the doorway, the young man noticed the home’s bare walls and basic furniture. The sage came forward and greeted him warmly. Together they sat by the fire to drink tea and talk.

After some hours, the traveller stood to thank his elder and bid him farewell. His host was curious to know what was had surprised him the most.

“You are so famous. People shower you with gifts. I expected you to live in grand style. ”

“You arrived with only a backpack!” retorted the sage.

“Yes, but I am only passing through,” muttered the young man.

Transient
All text and photos © Meg Philp are protected by Australian Copyright Law. If you wish to use any images. Please contact me thru Comments. Pass the story on. Thanks.

PS. And then there’s the song a Canadian teacher sang to me on the verandah of the Migrant Hostel in 1975 – the chorus is stuck in my mind.

Google now tells me it was written by Richard Blakeslee and sung by Pete Seeger! … Learn something new every day!

Bees buzz and are hard to capture. I have been zooming in on these native, blue-banded bees with little success – they’re so fast!

Then I found this beautiful creature on my window sill.

A native bee, Amegilla cingulata – miraculous in its detail. How I wish it was still buzzing.