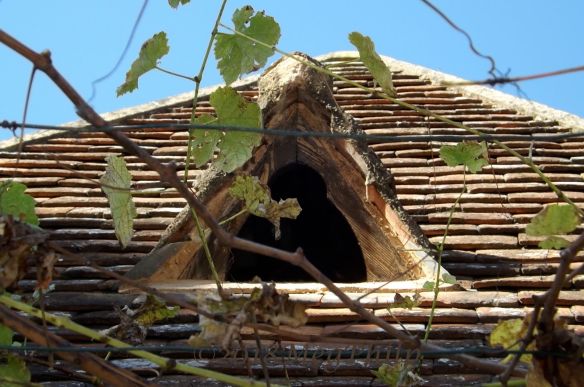 Travelling through Perigord / Dordogne a couple of years back,  I loved the wide-open countryside.  There were lots of quaint buildings in walled, medieval towns with few people around. 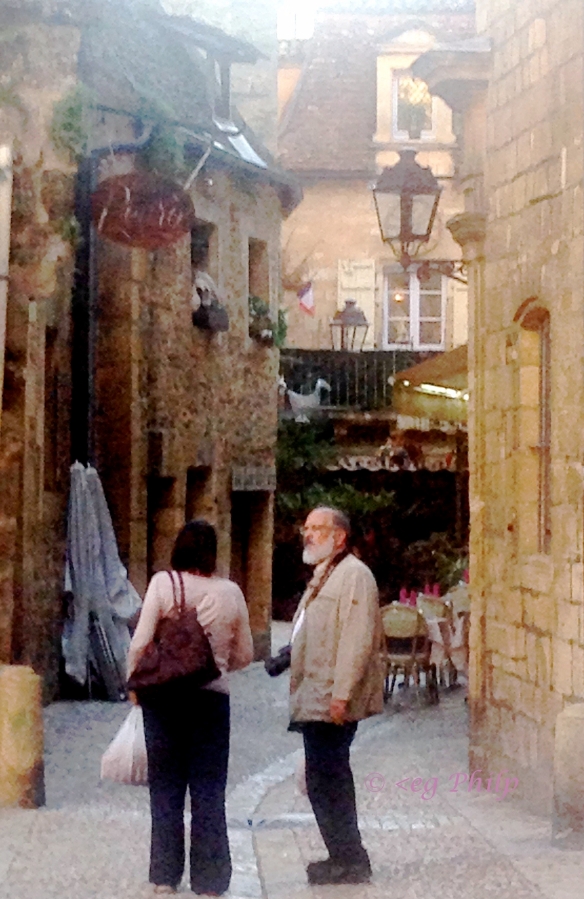 Wild thyme grew in the walls. 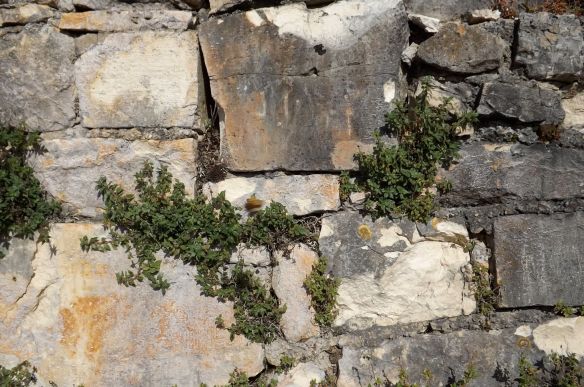 There were careful renovations. 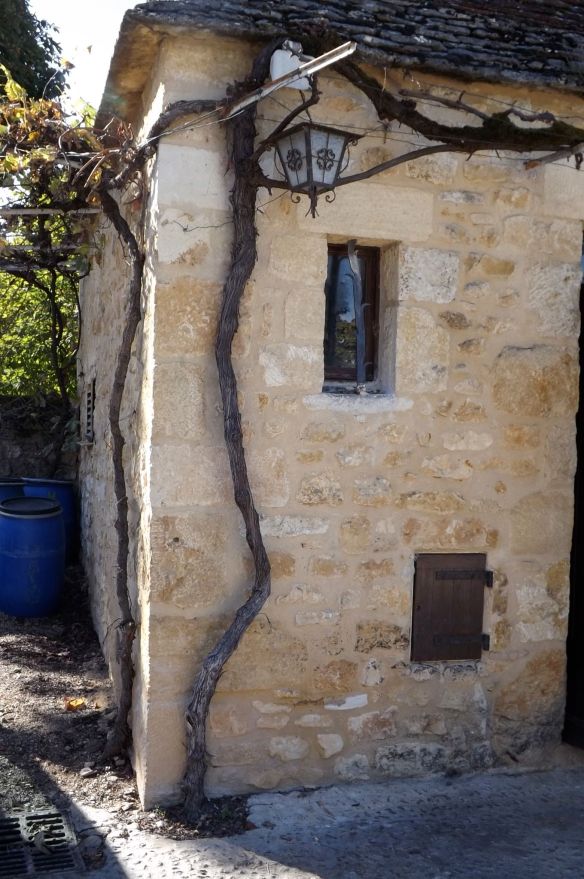 A glowing stone memorial in a small park in  the town of Sarlat stopped me in my tracks. 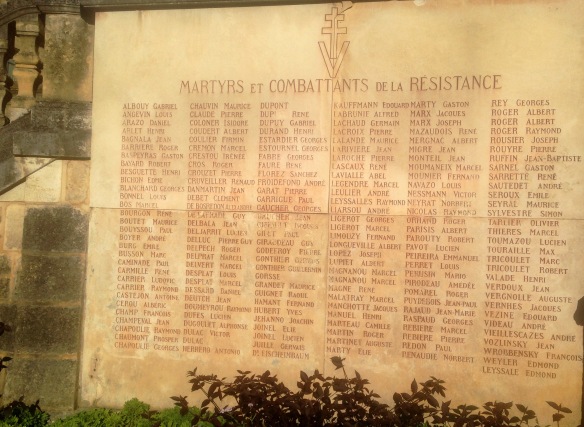 Now here’s the thing. Just the other day, I happened upon a French movie on TV here at home.  I’d caught the word “Sarlat ” in passing and so sat down to watch.

That 2012 film, ‘Ici-bas’ or ‘Here Below,’ was set in Perigord in 1944 and directed by Jean-Pierre Denis. He said it was a fictional portrayal of actual events which culminated in the militia and German soldiers besieging a group of Resistance on 16 February 1944. Thirty-four Resistance fighters were executed. Then, on 27 February 1944, using Radio Paris, propagandist / spokesman for the Vichy government in exile, Philippe Henriot denounced the “Communists” who had “killed the saint.”

I looked up more info about WW 2 in the Sarlat district and found this from a local contributor, in Trip Advisor  (I’ve edited grammar.)

… In Sarlat, a plaque on the wall on Boulevard Nessman tells of Victor Nessman, a doctor and Resistance leader, who was arrested in his surgery and taken to Limoges to be tortured to death. This was the same Victor Nessman who had worked with Albert Schweitzer in the leper colonies of the Congo. The village of Rouffignac, now a drab village just north west of Sarlat, was razed to the ground by Nazis as a reprisal. The only clue there is the war memorial which lists five deaths yet gives no details about the events of 31 March 1944. The world’s biggest ever bullion and cash heist was effected by the Resistance in St. Astier, just outside Perigueux. The money, which was en route to the Germans in Bordeux , simply disappeared …

There were concentration camps in the area too, holding mainly Jewish French before onward shipment to the eastern death camps in Austria and Poland.

Little of all this exists in tourist museums. It needs to be researched from little clues dotted about the countryside. It seems that the jury is still out on the Resistance as to whether they were truly heroes or simply renegades who would jeopardise the lives of innocent villagers, as in Oradour sur Glane….

They added that “It all sounds a bit morbid, but it has a compulsive fascination for most of us, as it all happened in our fathers’ lifetime.”

I wish I’d read some of that history before I visited Sarlat-la-Caneda. 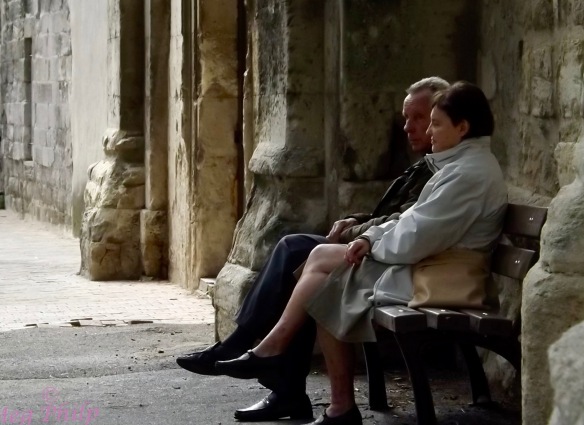 I think walls bear witness and hold memories of the past.

‘Lest we forget’ as Life moves on.

“World War 1 and World War 2 sites around the Dorgdogne.” Comment by Salandaise1 in Trip Advisor.

All photos and text (apart from quotes) by Meg

Writer and Educator -Dispatches from the Crossroads of Culture, Cookery, & Creativity.