This week’s photo challenge is to celebrate “Earth.” I’ve holidayed in this part of New Zealand 9 times in the past 14 years. It’s just a hop across the “Ditch” from Australia. This Lonely Planet poster was in a fish … Continue reading → 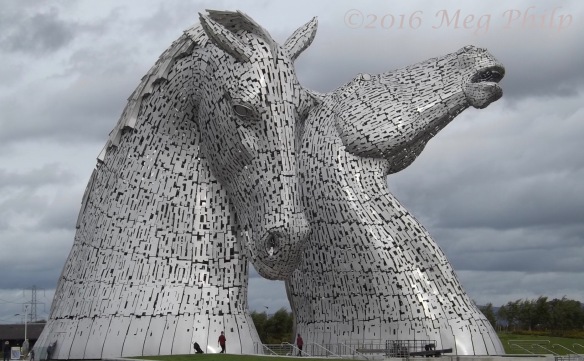 Since 2013 these 30m high sculptures have attracted thousands of tourists to Central Scotland. Their creator, Andy Scott, sought to celebrate the mighty horses which pulled coal barges along the tow paths of the Union Canal, more than two hundred years before. He didn’t name them Kelpies, but this is the name remembered from old legends which has caught the public imagination. I wonder why?

Perhaps you haven’t heard of them –

Long ago, folk tales about Kelpies warned children not to go near deep, lonely water, or untended horses, lest they be carried away. These legendary creatures were said to feed on human flesh. Children, young women or weary travellers, once they mounted, were held fast, to be carried off, drowned and devoured.  William Stobbs’ cover illustration captures the underlying mood of such stories.

There’s one gruesome story of a school child who laid just one finger on a Kelpie. When it was held fast, he knew from the look in that horse’s eye that this was a dreaded water horse. Only iron could save him, so he quickly used his penknife to cut off his own finger . All the other school children on its back were carried off and never seen again. He was the only child left in that village for a long time. 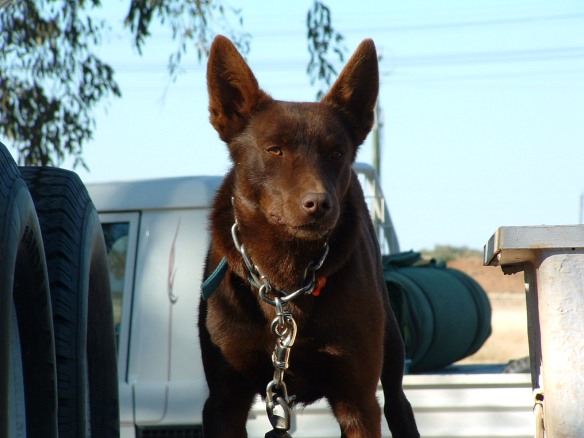 It’s a breed of smart, hard-working dogs: almost an icon of Outback life. This one’s a Red Kelpie.Perhaps you’ve seen the movie Red Dog, based on a real kelpie’s story. There’s a sequel out in cinemas right now.( I’ll have to take hankies if it’s anything like the first one.) There are also Black & Tan, Chocolate and Smokey Blue Kelpies. They make faithful family pets – that’s more my kind of Kelpie.